ORG XMIT: *S0422188864* (01/25/08) -- An inmate who escaped the custody of Dallas County Sheriff's deputies threatened to jump off the Interstate 30 bridge over the Trinity River near downtown Friday January 25, 2008. He was taken into police custody Friday afternoon. A suspected car thief being transported to jail escaped custody Friday afternoon and threatened to jump off the Interstate 30 bridge near downtown before being apprehended, authorities said. A spokesman with the Dallas County Sheriff's Department said the man, whose identify was not disclosed, said he would rather jump into the Trinity River bottoms than go to jail. The ordeal lasted about an hour before deputies were able to grab the inmate as he tossed a cell phone back to police negotiators..01262008xMetro 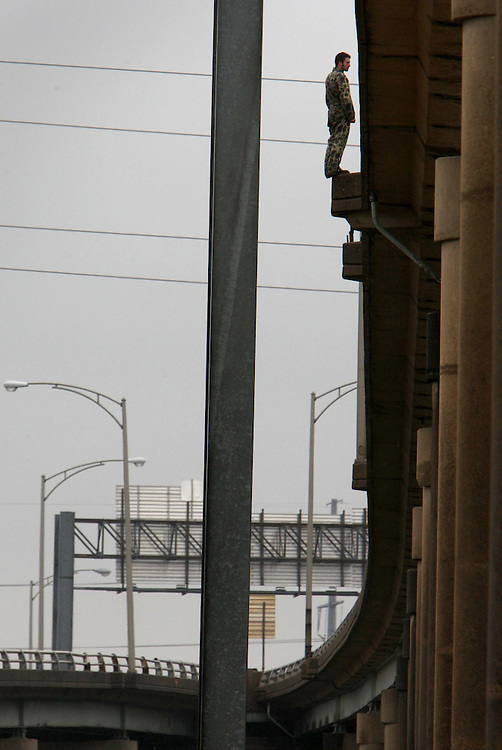