First in line, Brandon Davenport, right, of Dallas looks back at the Purchase (not pre-ordered) queue of persons waiting to buy the iPad at the Apple Store on Knox Street in Dallas April 3, 2010. Michael Pike, far left, and Brantley Young (black shirt and sunglasses) of Las Colinas use thier iPhones as they wait. Davenport got out of his car to stand in line at 3AM. Young and Pike arrived at 6:30AM. There was a separate line for people who had pre-ordered the iPad. (Courtney Perry/The Dallas Morning News) 04042010xMETRO 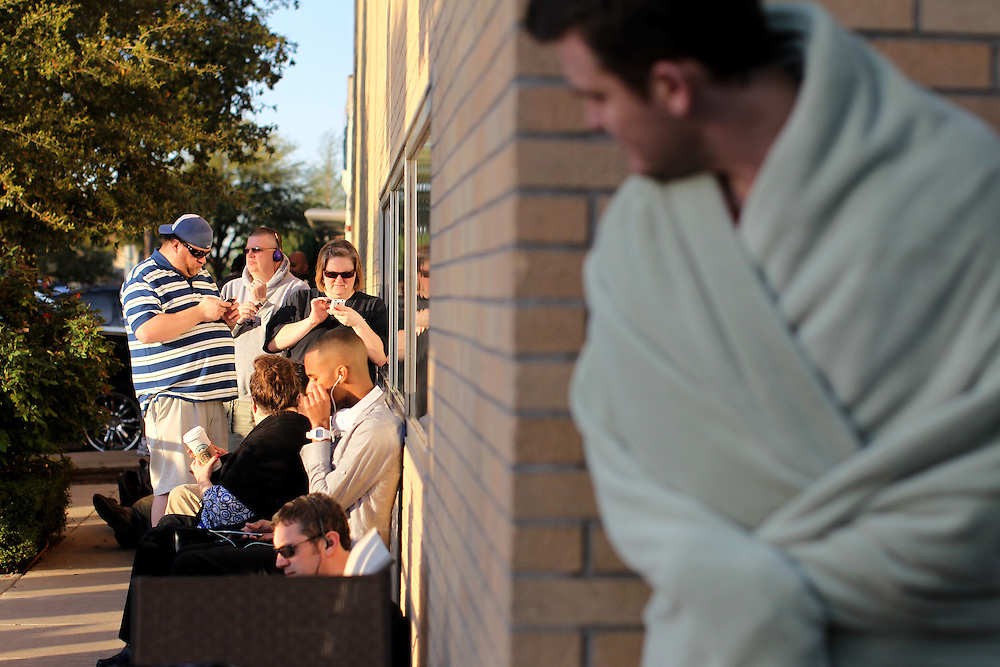